The ‘Borricá’ is a traditional festivity which is exclusively celebrated in the town of Torrenueva, a celebration in which there is a pray for the souls in order to help them to escape from the purgatory and reach heaven. Every year a neighbour becomes the Flag Bearer, who is in charge of do ‘The Promise’ taking out the ‘flag of souls’ on Tuesday Carnival. This flag has a black background, and its centre is decorated by a skull and two yellow crossed tibias, almost simulating a cryptic pirate flag.

The preserved documents of Torrenueva indicate that the festival had its origins in the year 1694. The most important thing would be the correspondence between the parish priest of the town and the archbishopric of Toledo, where the priest asked that a ‘Cofradía de Ánimas’ should be founded in this village. Other documents, dated 1770 and 1794, confirmed that the Brotherhood came into existence, although it had to disappear in the 19th century. That didn’t stop the neighbours from celebrating this feast of souls every year.

The most iconic element of the celebration is the flag. There is a document in Torrenueva in which it is said that a woman called Doña Leonor Rodríguez helped in the preparation of a cloth, which would cover the catafalque of the funeral mass of the confreres of the Brotherhood of Veracruz. This cloth would be very similar to the flag of the souls, so you could establish a relationship that would dictate here its origin. Other theories look for designs similar to this flat at other celebrations, although without reliable documentation.

Nowadays, the celebration starts nine days before of Carnival Tuesday, when the neighbour who is elected as the Flag Bearer goes to the priest house in order to confirm the decision. After that, he carries his flag to his own house to honour the flag with some candles. Each day, a novena is prayed, at which the family, friends and neighbours go. During the last years, this act is made in the church.

‘Jinetes’ and neighbours walk to the Spain Square, and there, a funeral prayer is made in front of the church. After all of this acts, the entourage visits all the hermitages of the town and rest in the house of the Flag Bearer, where all the town is invited to the traditional ‘limoná’ to eat food and desserts.

At 17h00, the Flag Bearer and his family give back the flag to the priest while the neighbours clap because of the emotion. This incredible day, which is devoted to the deceased was declared of Regional Touristic Interest in April of 2014. 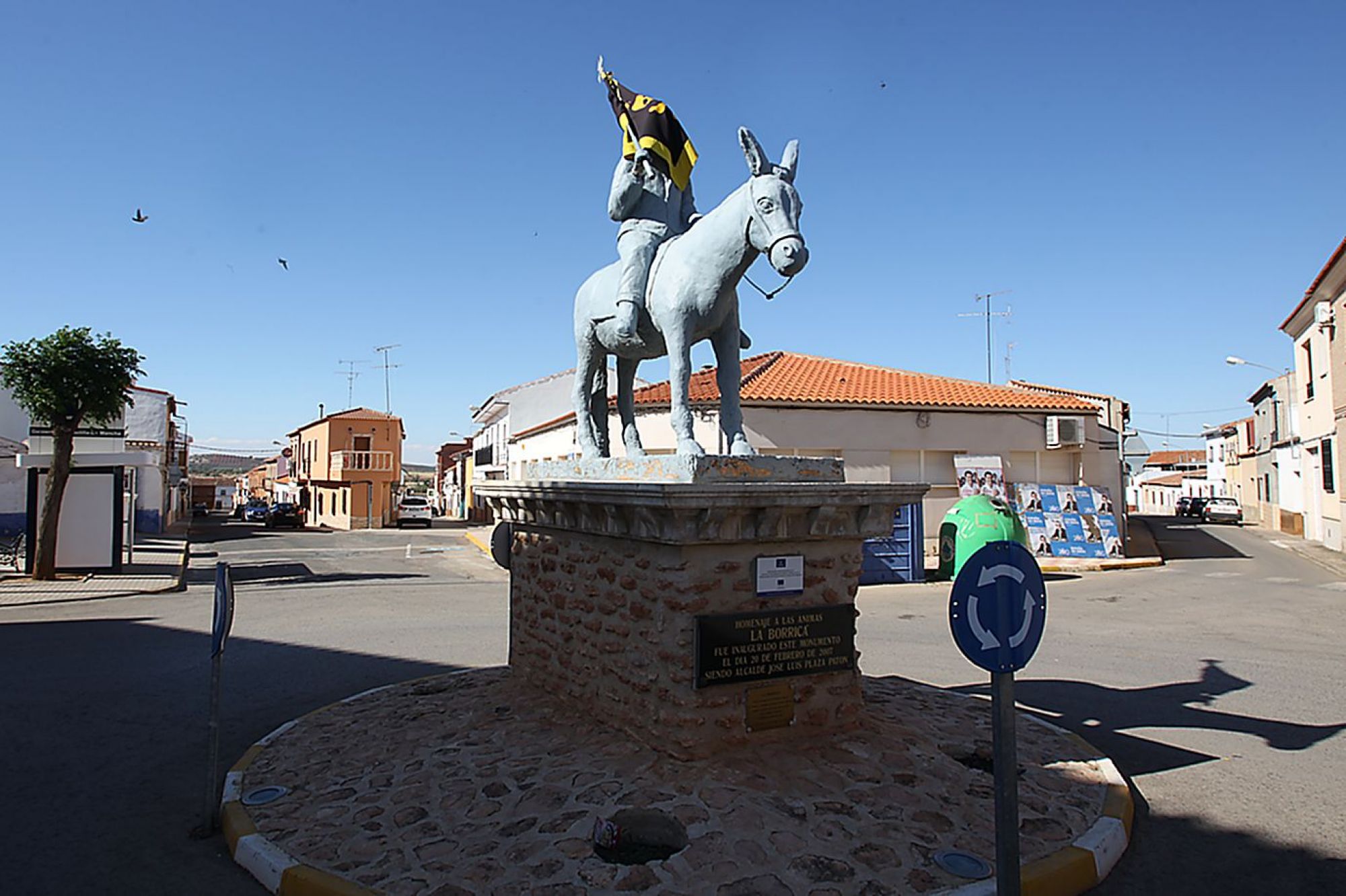 More information in the City Council