This festivity was declared of Regional Touristic Interest on March of 2019. It has also the Guinness Record of the greatest ‘pisto’ of the world in 2016.

The Pepper Days are celebrated during the first weekend of September in Villanueva de los Infantes from 2003. This event is organised by Turinfa, an association that works in the touristic development and business of the Campo de Montiel. Besides, the City Council of Villanueva and a great number of volunteers help to prepare this festivity.

Is considered as one of the most important gastronomical events of the region. During these days, the great ‘pisto’ is cooked and distributed among the inhabitants and tourists more than 10000 portions for free. To carry this festivity out, typical aliments of Campo de Montiel are used such as pepper, tomato, or olive oil, the last one has certificate of origin.

Besides, from 2004 the Cervantino Market and the National Days of Folklore are organised by the Association of the Cruz de Santiago. Normally, these acts are prepared in order to mix the tradition and gastronomy at the dame time.

This celebration has become in a mass event at which a great number of neighbours of the region and tourists participate. The festival atmosphere that it is found in every single place of the town is what becomes this festivity in one of the most important traditions of the region.

As it has been mentioned before, in 2016, the greatest ‘pisto’ achieved the Guinness Record of the biggest ‘pisto’ in the world. 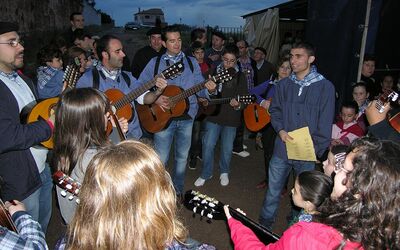 Is one of the most important celebrations in this town. Is celebrated between 30th of April and 3rd of... 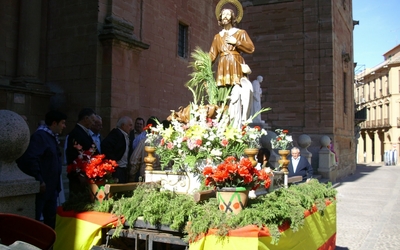