Discover the unique sound spectacle of 'la berrea' in the natural landscapes of the Cabañeros National Park and the Alcudia Valley plus Sierra Madrona Natural Park in the province of Ciudad Real.

The deers raise their antlers bellowing in the silence of the mount. All deers struggle to achieve a harem of hinds that the alpha deer guards with cunning.

The sound of the ‘berrea’ (bellowing) is mixed with the noise produced by the clash of antlers hitting and tangling, each trying to mark its territory and, of course, what are considered its females.

With the first rains, the colour palette of our forests begins to change. Green, for example, gives way to a range of ochres, from yellowish to reddish, while, at the same time, first the blackberries, and later the strawberry trees, offer juicy and tasty fruits. 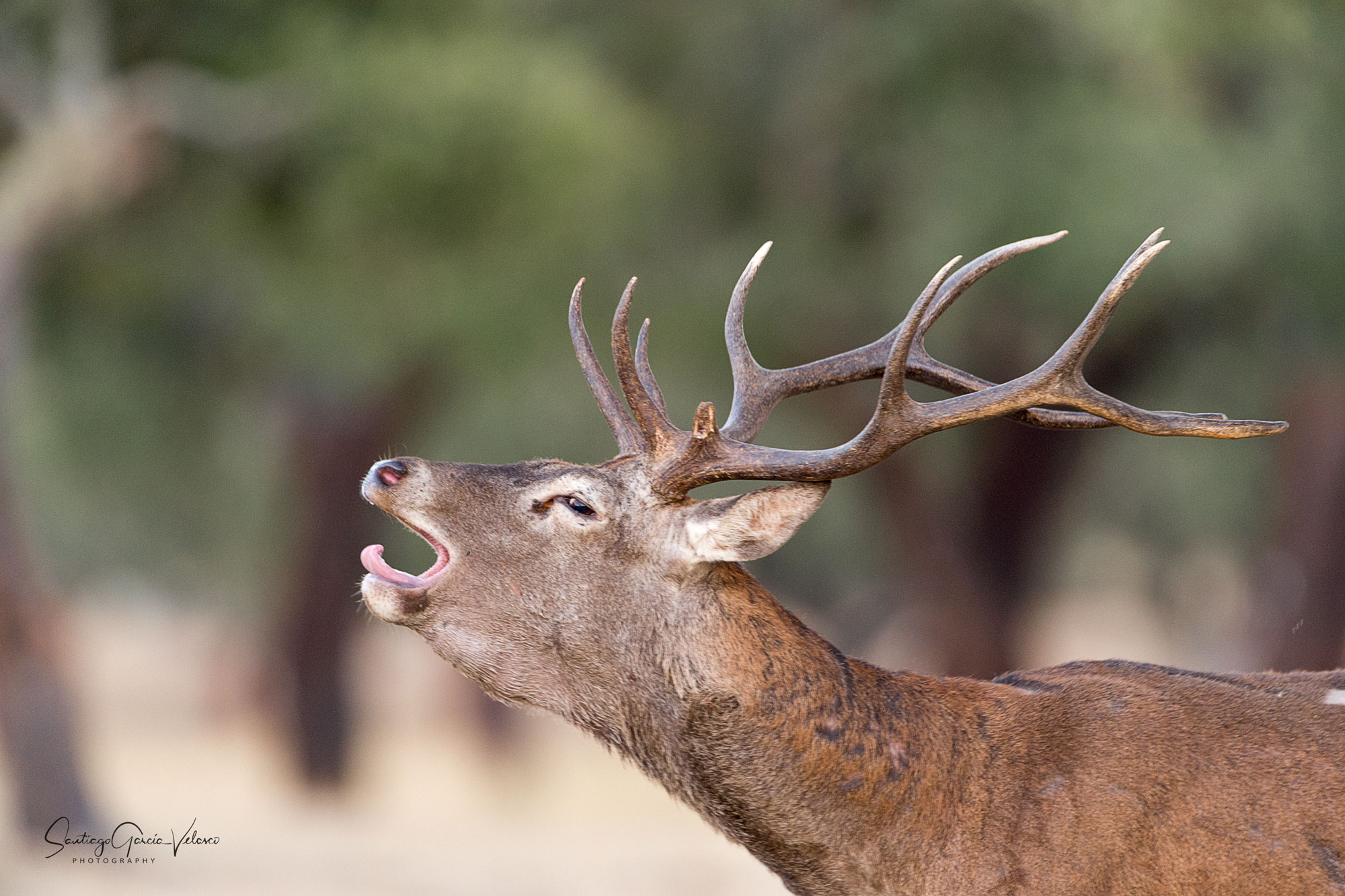 This authentic spectacle of sound is known as 'Berrea'.

By doing so, the males warn potential competitors of where their territory is, and, by the power of their voice, they make them aware of their size and determination. This is how, for example, the deer protects his harem, which is made up of females of different ages and which he keeps a close eye on to see when they go into heat.

The antlers strike and tangle with each other, but in most cases they do not hurt each other. All these deer need is just show their strength to their opponents, although sometimes, in the fewest cases, they get stuck and die because it is impossible to sepparate their antlers. 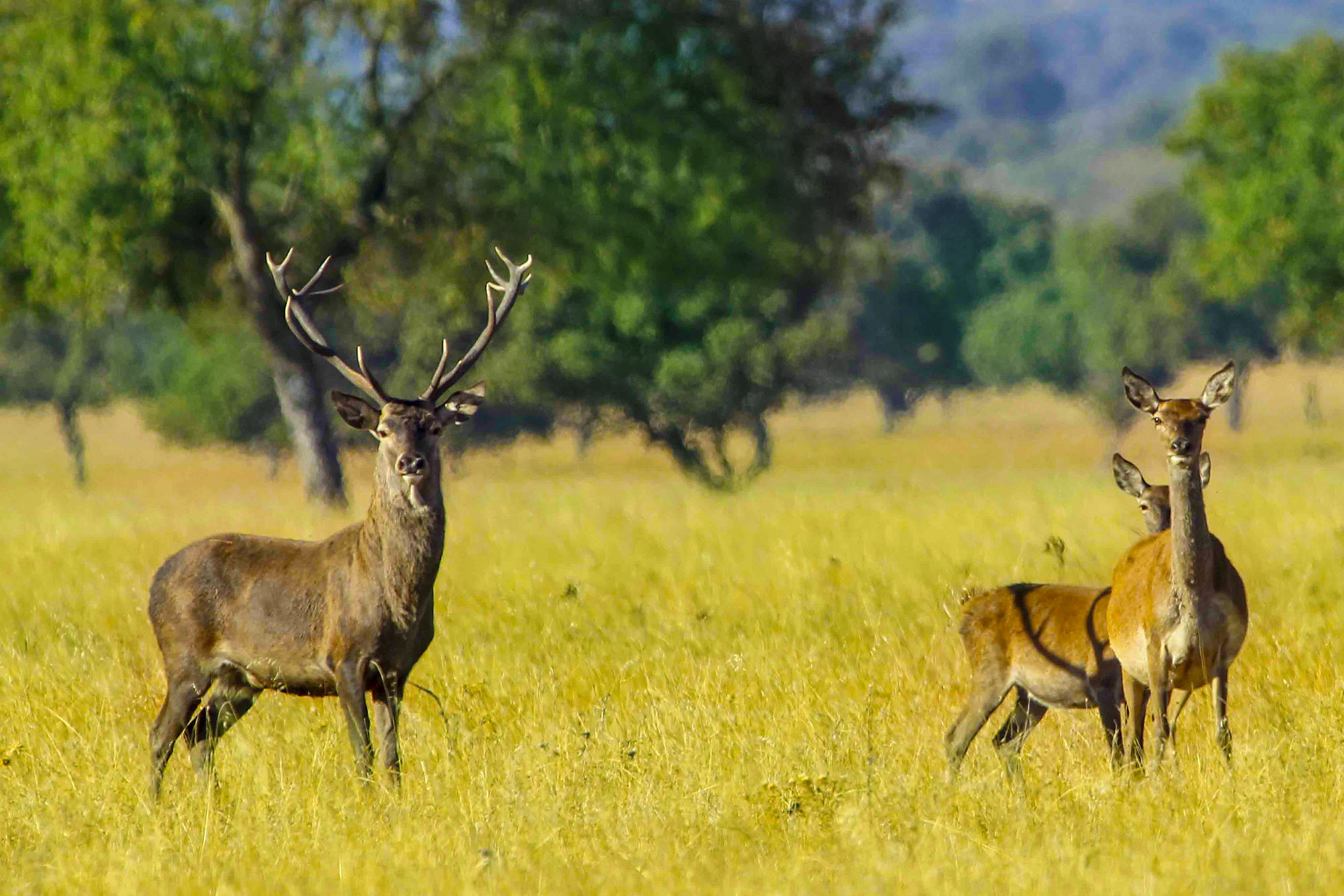 Between mid-September and mid-October, adult and alpha deers are at their peak.

The deers flash their horns, haughtily, knowing that the females are ready to conceive. The males not only bellow and fight, but they also dig and urinate on the ground, forming a patch of mud in which they wallow to mark their territory.

After several days fighting, the winning males cover the females in their harems. After eight months of gestation, they will give birth in May to a single calf (rarely two) called ‘young wild boar’, or ‘fawn’.

Many people use to call the deer the "King of the Forest. The magnificent appearance of this majestic animal is based on long, strong legs and a narrow body joined to a large, robust neck which, when erect, gives it a very stylized shape, ending in a slender head. This species is conferred with an exceptional hearing acuity.

Ciudad Real is the province with the most protected natural spaces in the Iberian Peninsula, together with its world famous windmills, which Don Quixote challenged. 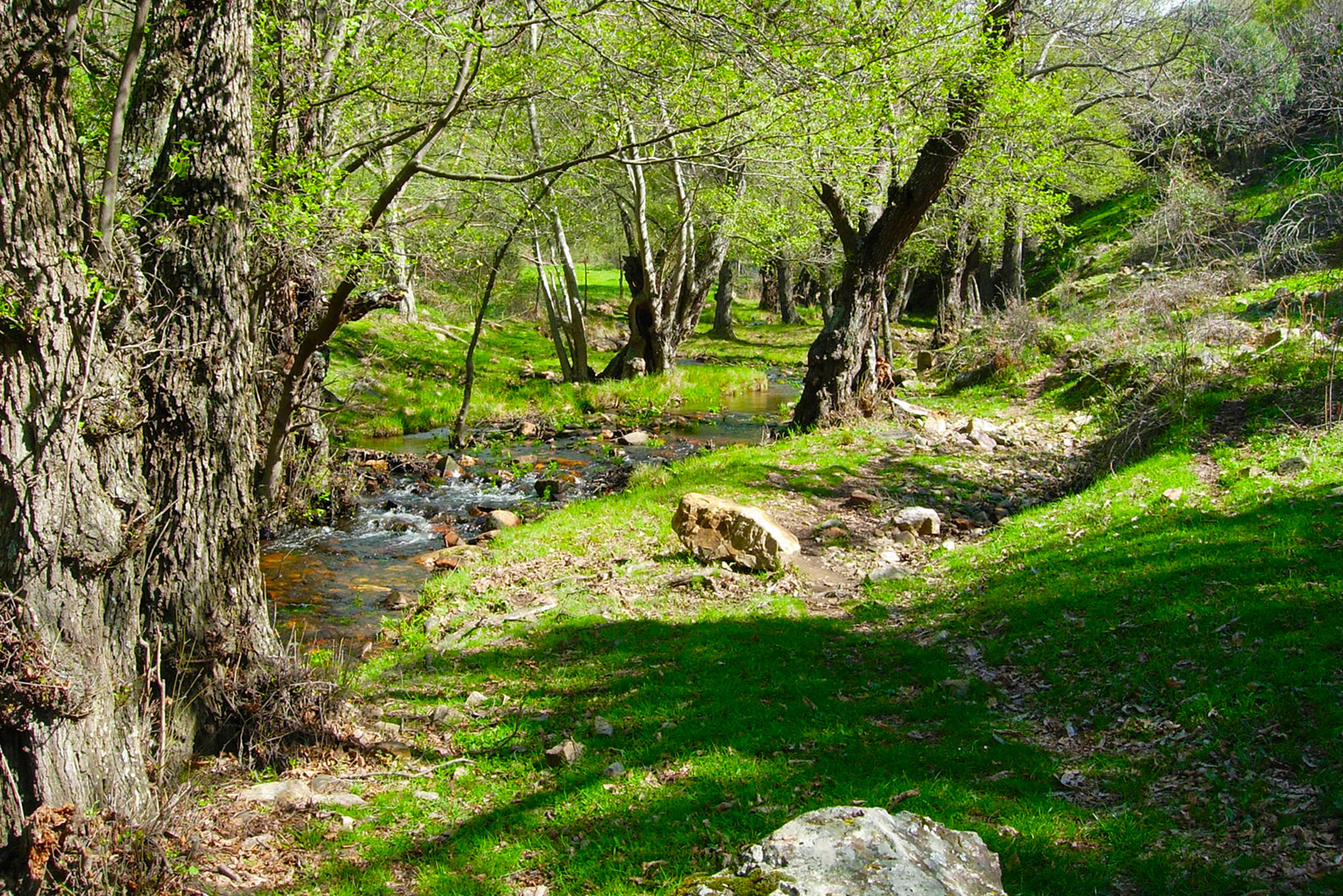 The Cabañeros National Park together with the Alcudia Valley and Sierra Madrona Natural Park are idyllic destinations for lovers of countryside, nature, and for those who want to enjoy the spectacle of the ‘berrea’ season.

The best time of the day to observe are at sunrise, or sunset. We will see the movements of males and females in their game of seduction, the confrontations for the females, and the sonorous bellowing of calls and warnings to the rest of the males.

We recommend that you go on these outings accompanied by experienced guides as they will take you to the most suitable places and the experience will be more magnificent than ever.

Make the most of this getaway and visit the villages of Alcoba de los Montes, Horcajo, Navas de Estena y Retuerta del Bullaque, in the surroundings of the Cabañeros National Park. But do not forget about Fuencaliente, Hinojosas de Calatrava, Mestanza, Brazatortas, Cabezarrubias del Puerto, San Lorenzo de Calatrava, Almodóvar del Campo and Solana del Pino which are in vicinity of the Alcudia Valley and Sierra Madrona Natural Park..

And, as it could not be otherwise, do not hesitate to accompany this getaway with our rich and varied hunting cuisine tasting of game meats and cold meats. If is of a great importance to pair this, our delicious gastronomy, whith our also high quality wines. de gran calidad.

A trip, like as usual in the province of Ciudad Real, you will always remember! 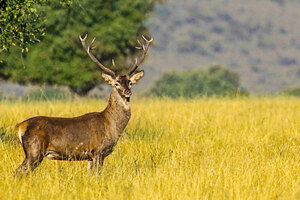 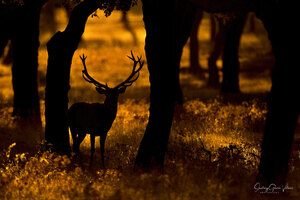 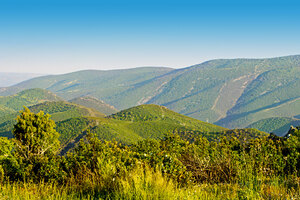 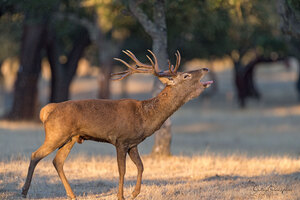 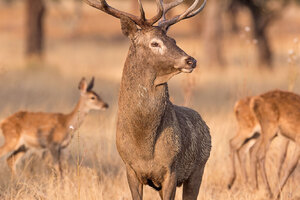 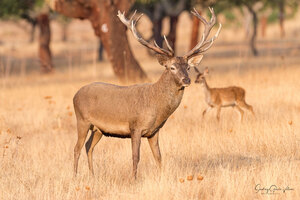 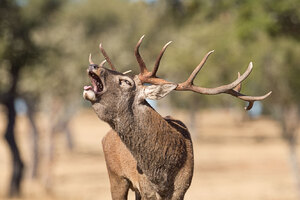