'La Mancha' the Land of Windmills

“ En un lugar de la Mancha, de cuyo nombre no quiero acordarme...” Cervantes began his work “ El ingenioso hidalgo Don Quijote de La Mancha ” but you will remember this magical journey. Don Quixote lived his adventures in places that are real and are in the province of Ciudad Real. Do you want to feel like Don Quixote? Here it is possible.

We begin this trip with the town of Alcázar de San Juan. In the s. XVI develops a second era of splendour and population growth coinciding this moment with the birth of Miguel de Cervantes, from whom a baptism certificate is preserved (1558) in the archive of the Parish Church of Santa María. 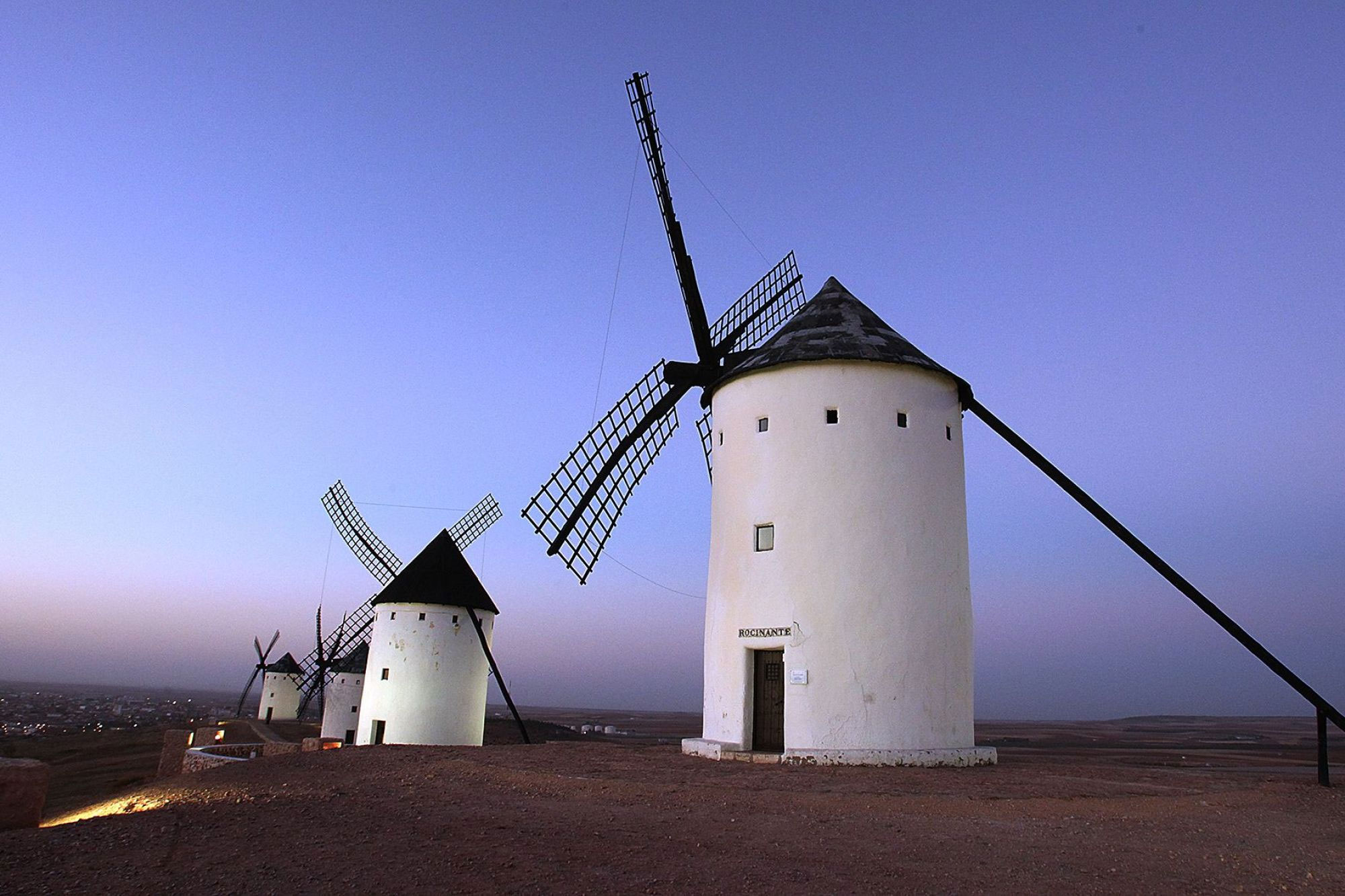 In the surroundings of Alcazar, in San Anton hill, it is possible to find an incredible place from which we can see the incredible grassland of La Mancha.

There we can find four Windmills, two of them can be visited. In one of those we can find the Interpretation Centre of the Manchego Landscape, and the other has the typical machines that were used to work inside these windmills. From a distance we can find the figures of the giants.

They are the four Windmills of Alcázar de San Juan: Rocinante, Barataria, Fierabrás and Barcelona. High precision mechanical devices used to grind grain and obtain flour thanks to the use of nature’s energy (wind). Milling throughout the year, dates are reported on the website of the Town Hall or the Tourist Office, www.turismoalcazar.es.

Nowadays, 4 windmills are kept from 19 that existed, also there were two of water. As it has been mentioned before, two of them are used as museums.

We continue our trip in Campo de Criptana and its iconic windmills. These windmills were the ones which inspired Miguel de Cervantes in the creation of the most important story of the universal literature, Don Quixote, who fought against the ‘giants’. 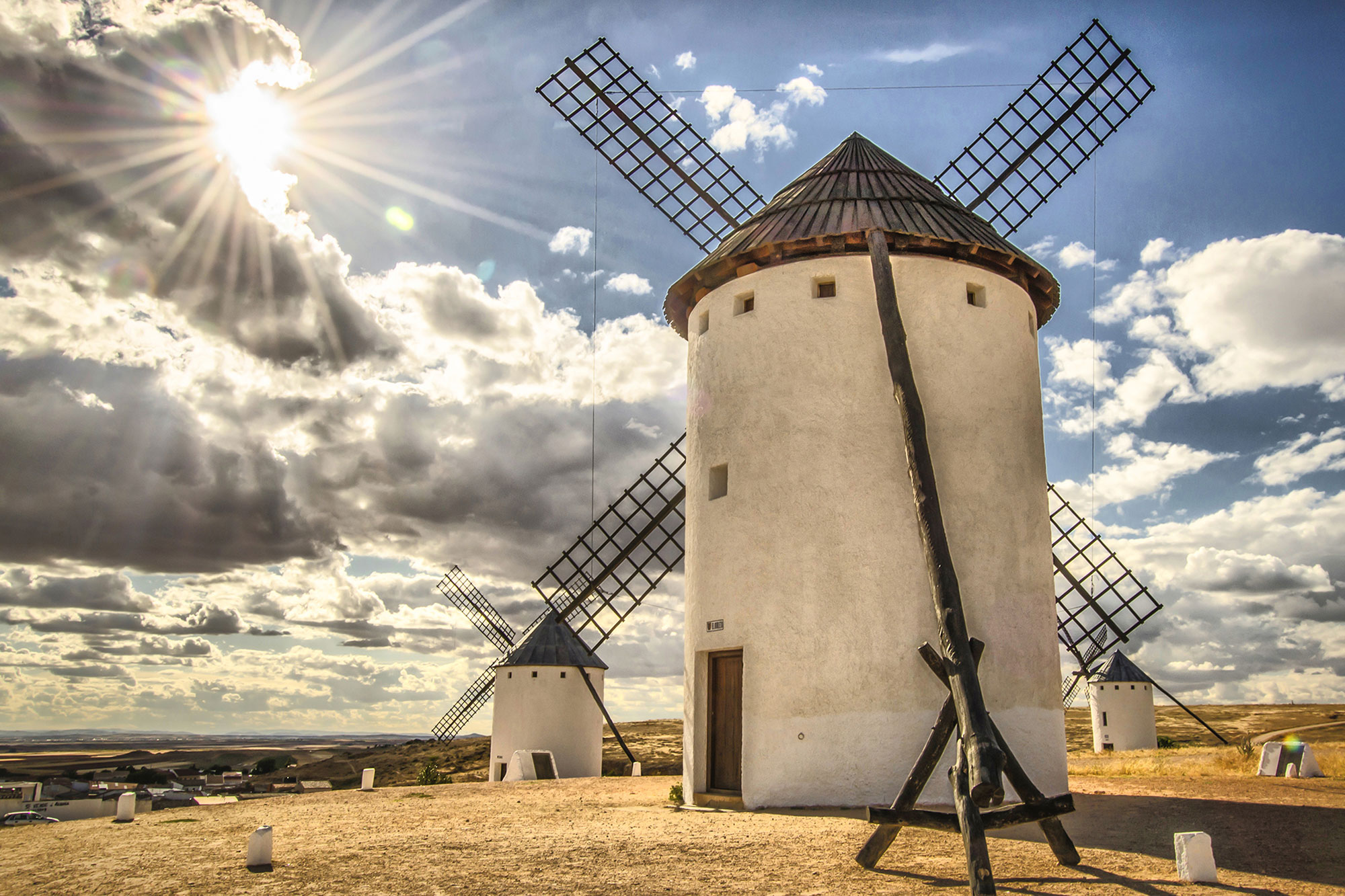 In Criptana there are the only three mills on the Iberian Peninsula that preserve the original structure and machinery from the 16th century, suitable for grinding cereal as it was done centuries ago.

In 1575, Philip II’s Topographical Relations mentioned "many mills" in Campo de Criptana. The Cadastre of the Marquis of the Ensenada of 1752 collects 34 mills in the town.

Among the set of mills that populate the "Sierra de los Molinos",are the three only mills of the Iberian Peninsula that retain the original structure and machinery of the sixteenth century (Infanto, Burleta and Sardinero), suitable for grinding cereal as it was centuries ago, thanks to the ingenuity of man and the strength of the wind. In this town there are also grindings throughout the year, which you can enjoy on this trip. The different dates are consulted by the tourist office or on the tourism website, www.tierradegigantes.es.

In 1790 the first mill was built in Herencia, were cheaper than those of water, not owning the term permanent watercourses. Eleven mills were counted in 1807. Currently stands the beautiful image of seven mills with their own name: El Ama, La Niece, Dulcinea, Maritornes, La Dueña Dolorida, La Duquesa and Teresa Panza, you can consult more information on the web www.herencia.es. 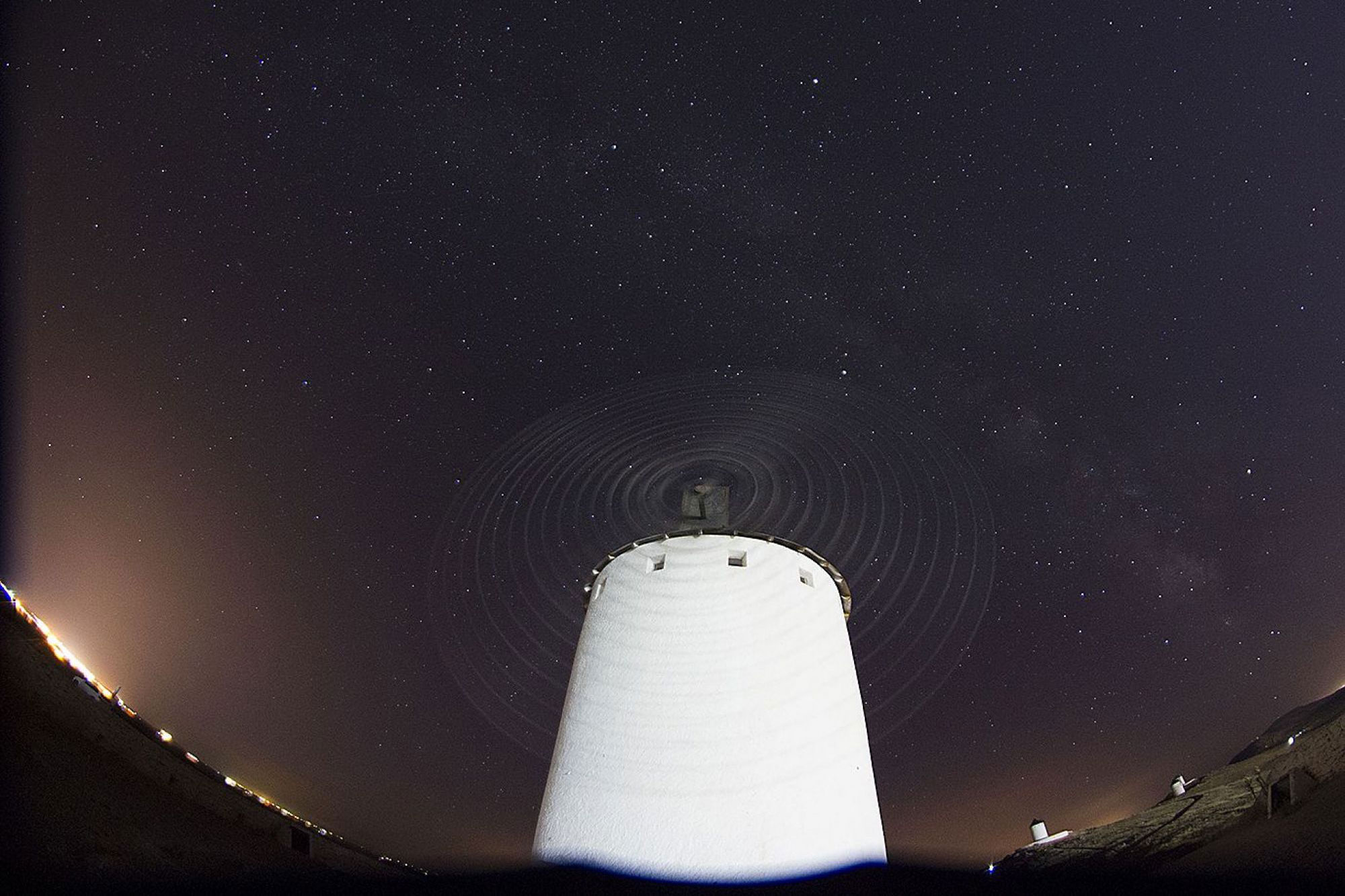 End this exciting tour and toast with the best wine and taste the world famous Manchego cheese and the most traditional cuisine, you can expand this information in the section of Gastronomy and Wines of the Web. You will be amazed by the beauty of its villages, the wealth of its heritage and the hospitality of its people. The province of Ciudad Real is the place you will always remember.

A trip, without a doubt, that you will always remember