Come and enjoy our Carnival!

Ciudad Real is a province that has a lot of surprises. We are not just talking about its nature, heritage, gastronomy and its rich wines... But also for its wide range of emblematic festivals celebrated in many of its towns.

Carnival is one of those emblematic festivals, and there are many villages in the province that celebrate it. Activities like street parades, competitions and dancing groups (best-known as “comparsas”), tasting typical sweets, and experiencing the street carnival, "La Máscara Callejera" (the Street Mask) are just some of the many activities already mentioned that you can do at this colorful time of year.

We are proposing you going on a tour to five towns in the province which have been declared of National Tourist Interest: Herencia, Miguelturra, Malagón, Almadén and Ciudad Real with its spectacular “Piñata” Sunday. 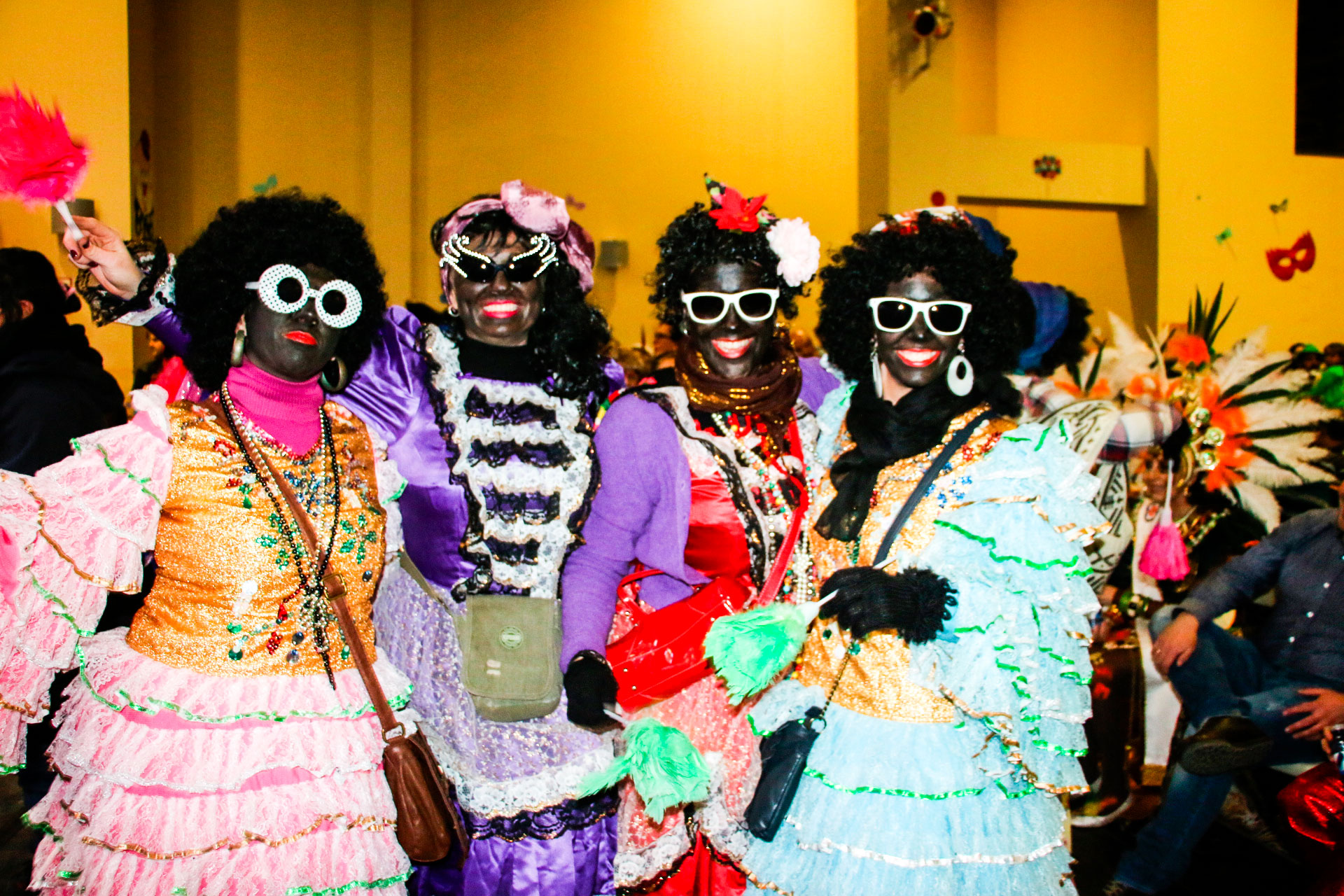 Tradition, roots and colours in this festival that you will undoubtedly enjoy and share with everyone.

We start our tour in Herencia, Tierra de Molinos (Land of Mills), where the carnival is lively, transgressive and very participative.

One of its many peculiarities is that it starts a week earlier than the rest, with the “Sábado de los Ansiosos” (Saturday of the Eager) and since 2007 this day has been celebrated as the start of the New Year in Herencia. It is a week of enjoyment, delight and a very festive atmosphere. During the day, but also at night, fun is fully guaranteed.

Also, one of the most highlighted characteristics is its important and recognised personalities during the festivities: 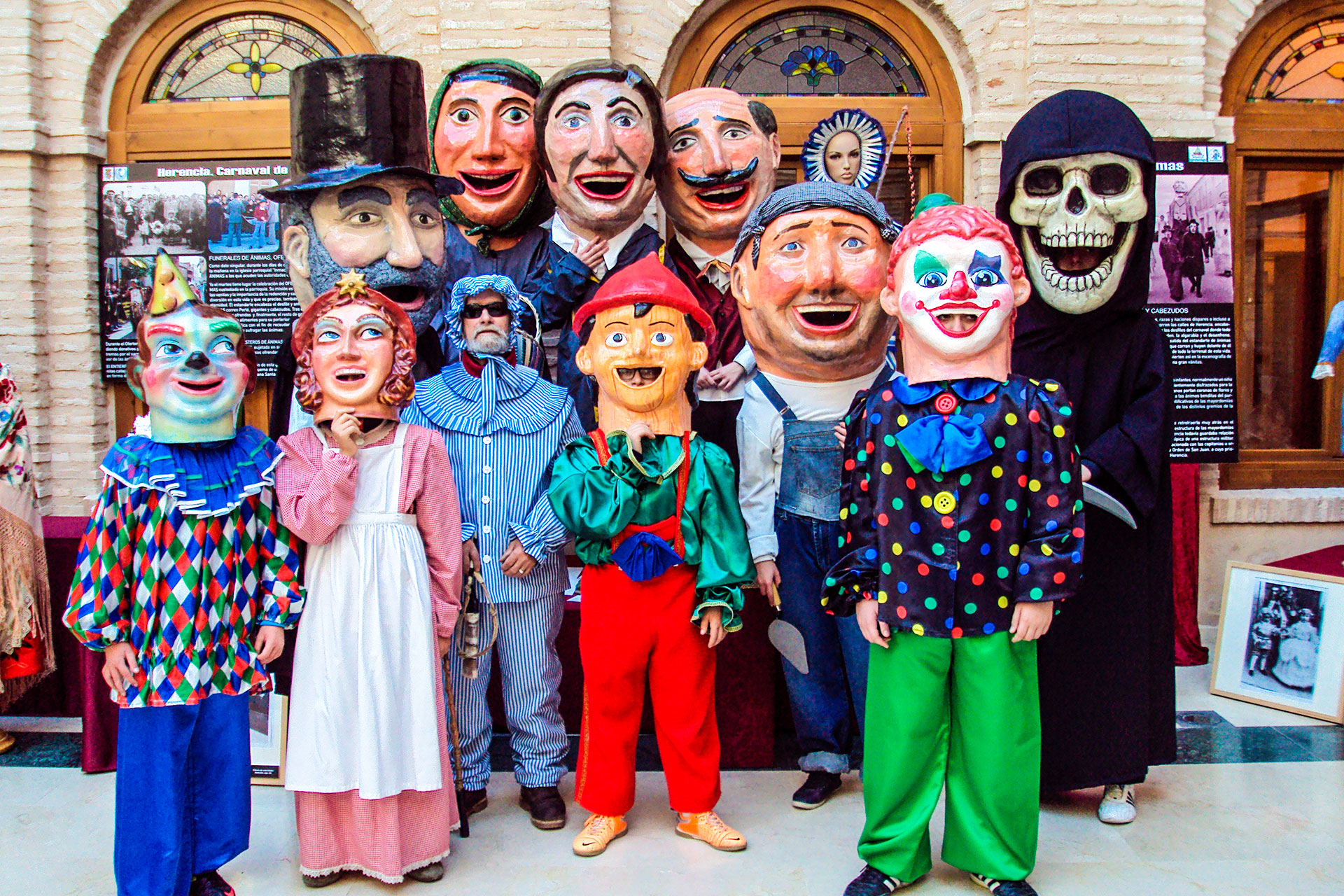 We continue our journey through the town of Miguelturra, (the street mask) is the essence of Carnival, with its arts to make jokes to locals and strangers alike. Dressed in old clothes or disguised in scraps; alone, in pairs or in tiny groups that come and go depending on where the party is, they wander through the streets of the town being a pain in the neck to everyone they meet, after a very common and initial presentation of a strident shout “Don't you know me?”

Miguelturra is a reference throughout the province for its famous carnivals, the bustle of its streets, the music and orchestras in different spaces. A whole town that lives and feels this party from the bottom of their hearts; from the youngest, to the oldest ones.

It is difficult to forget about Miguelturra’s gastronomy, which is especially present in this pagan festival and, in this particular instance, sweets take an exceptional role.

The famous "frutas de sartén" (pan fruits), name given to the sweets made with dough, and then fried, are constituted by several types which has characteristic shape, and a different way of being made: borrachuelas, rosquillos, canutos, flores and roscapiñas, are examples of these aforementioned sweets baked at this particular time of the year. 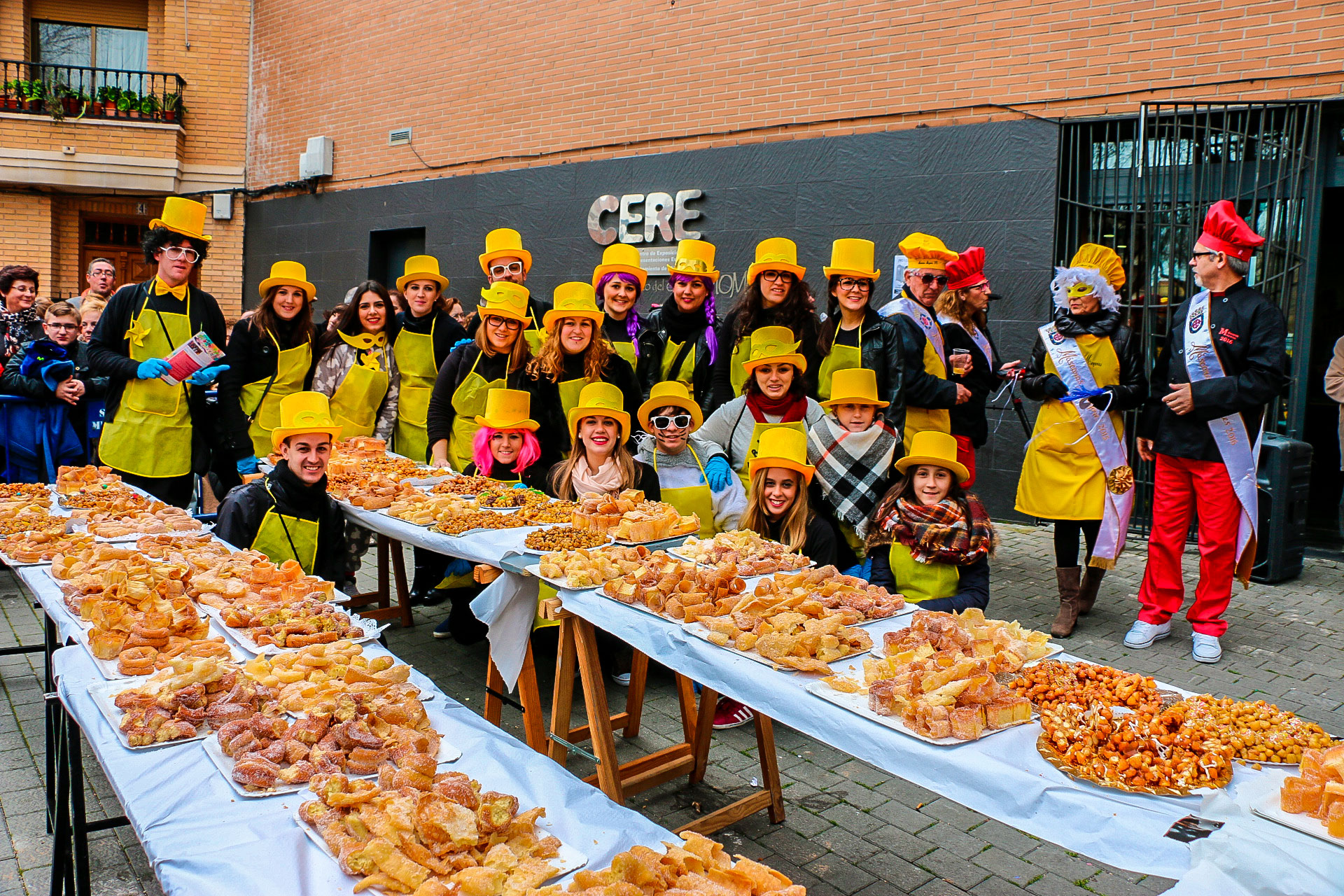 Festivities and Gastronomy once again merge in this great carnival party.
Do not hesitate to come and enjoy it: www.miguelturra.es.

A few kilometres away, we can find Malagón. In the north of the historical Campo de Calatrava, Malagón has two totally different landscapes: the east, dominated by the plain or lowlands, and the rest of the area, which is a mountainous one; the last foothills of the ‘Montes de Toledo.’

A good time to visit the town is during festive periods such as Carnival, with its lively ‘mascarones’ (masquerades), its multitudinous dances, and the secular tradition of the ‘Banderas de Ánimas’ (Flags of Souls), which travel through the town accompanied by the sound of drums during three days of carnival. www.malagon.es.

In the southwest of Ciudad Real, close to the province of Cordoba, we discover ‘La villa del Mercurio’ (town of mercury): Almadén.

The name, of Arabic origins, means ‘the mine’ and, without a doubt, it has been the mining of cinnabar and mercury that has marked its history, its monuments, its nature, and its landscape. 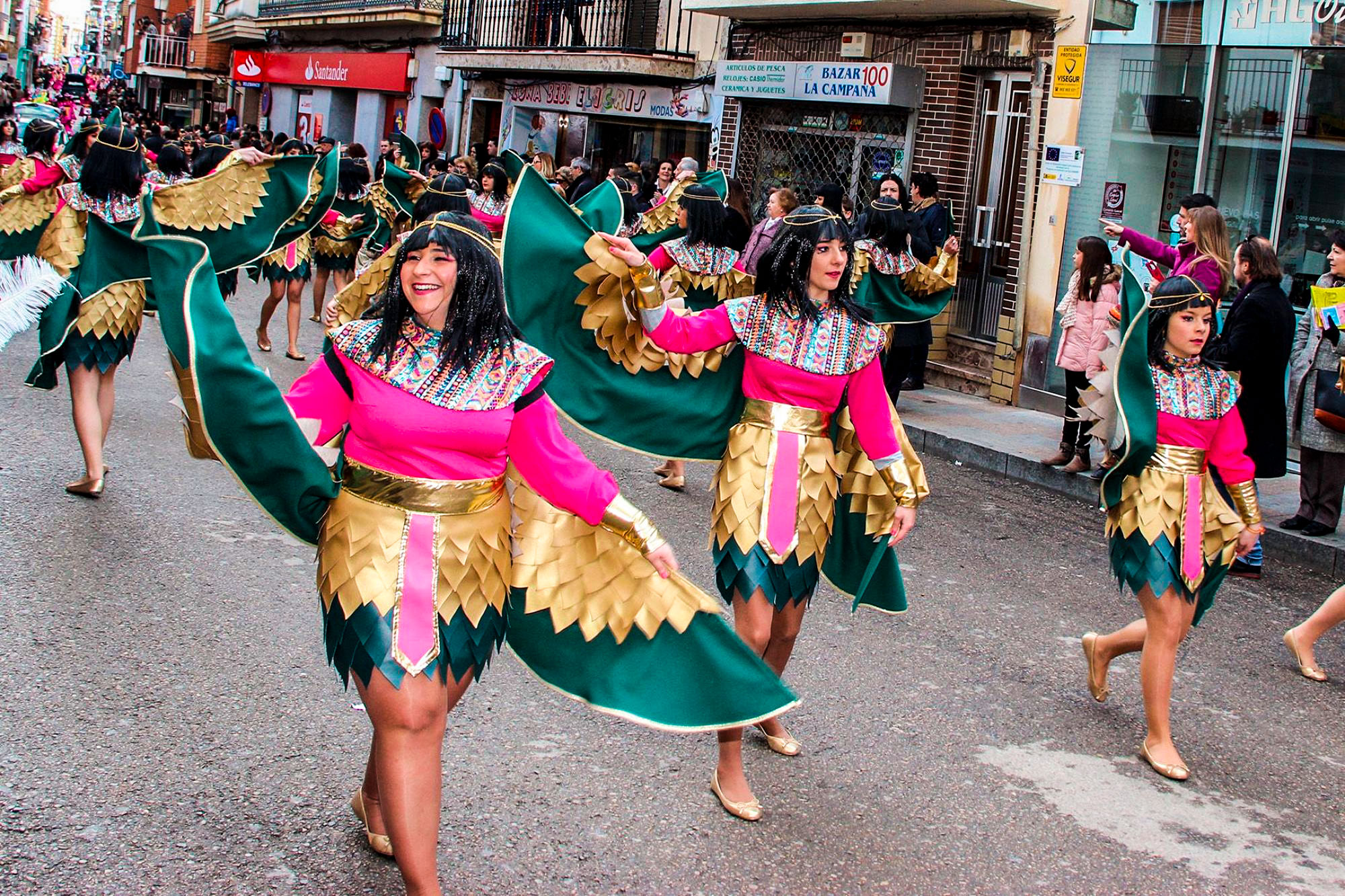 Street masks, ‘murgas’ and ‘comparsas’ of the Almadén Carnival.

There are written records of the Carnival festival which has been celebrated since 1720. The street masquerade, its ‘murgas’, ‘estudiantinas’ and ‘comparsas’ (groups of students and musicians who criticize what happens during the year in the town) stand out. Nowadays, Almadén has an official competition that is over a hundred years old, and opened to the participation of foreign groups.

Almadén is one of those towns that you should not miss, so make the most of your trip and enjoy this carnival festival and all the rich historical heritage of this town in La Mancha, which I totally assure you has a lot more to tell. www.almaden.es.

And we finish in the capital of the province, Ciudad Real, colour, music and fun. ‘Domingo de Piñata’ (Piñata Sunday) is the most important day of this celebration, when a large number of local and regional ‘peñas’ (groups of people) take part in a multitudinous parade of ‘comparsas’ of great interest. For more information, please click on: www.ciudadreal.es.

Finally, and by way of a provisional farewell, it is an honor to invite you to take this colourful carnival tour around the province of Ciudad Real. In the ‘agenda’ section of this website, you can find the full carnival programme for all the towns and villages in the province.

Do not hesitate! Come and enjoy Carnival in this marvelous, exciting province! 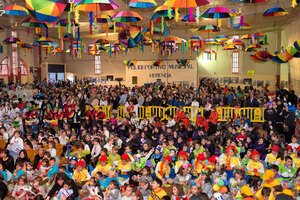 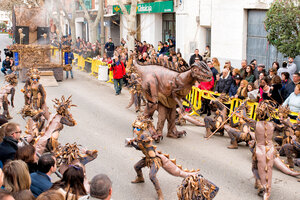 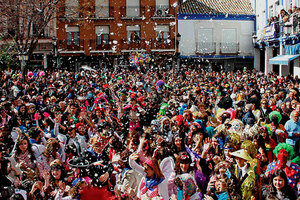 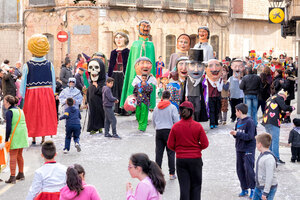 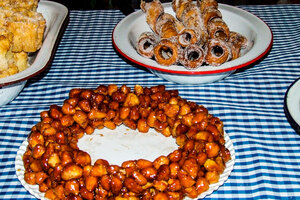 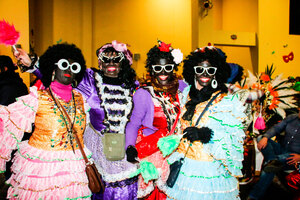